The form #57 does not exist or it is not published.

The Recent  Turmoil in   Turkey &  The Freedom  of Press

The Columbia World Affairs Council and the Atlantic Institute of South Carolina invite you to join a Luncheon program on Tuesday, April 4th to discuss the recent turmoil in Turkey, with a particular lens on the essential role of journalism in a democracy. We will be featuring the voice of a prominent newspaper executive, Mr. Abdülhamit Bilici, recently exiled for his political opinions. 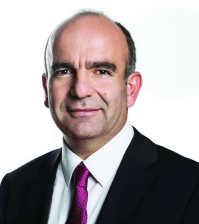 Starting his career at the Zaman Daily as a correspondent, Bilici worked as an editor at Aksiyon Magazine between 1995-1997, as foreign news editor at Zaman Daily between 1998-2001, as general editor at Zaman Daily between 2002-2008 and as general director of Cihan News Agency and as the editor-in-chief of the Zaman Newspaper and is a columnist for Zaman and Today’s Zaman dailies.
Bilici is an expert on Turkish politics and is widely sought as a speaker on the ongoing political crisis. He is editor of the book Why Turkey? which combines different perspectives on Turkey-EU relations.