How Did Turkey Become The Largest Jail For Journalists?

The Greenville offices of Atlantic Institute and the Istanbul Center hosted exiled Turkish journalist Sevgi Akarçeşme at Clemson University’s OLLI building on the night of October 25th. Akarçeşme shared her story of being forced into exile from Turkey and the plight of Turkish journalists and citizens under the Erdoğan regime. We would like to thank Sevgi Akarçeşme for sharing her riveting story and to all those in attendance for the excellent questions and dialogue. 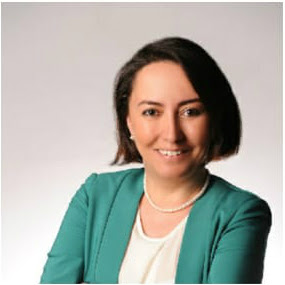 Sevgi Akarçesme is the dismissed editor-in -chief of Today's Zaman, an English daily in Turkey which was brutally taken over by the regime in 2016. She received her B.A. in Political Science from Bilkent University in 2001. She holds a Master's degree in International Relations and another M.A. in political science from Temple University. Following her graduate studies, she joined CSIS in Washington D.C.

In Turkey, she worked at the Office of the President between 2008- 11. After working as an advisor at the Ministry of Foreign Affairs, she switched to media in 2012, worked as a correspondent in Today's Zaman and wrote columns for daily Zaman. In exile, she managed TurkishMinute.com until May 2017.

Her master's thesis on civilian-military issues was published as a book in 2010. In addition to academic articles, she has published commentaries in the New York Times, Quartz, Politico and Al Jazeera English, appeared on CNN International and BBC Hard Talk along with other international outlets.