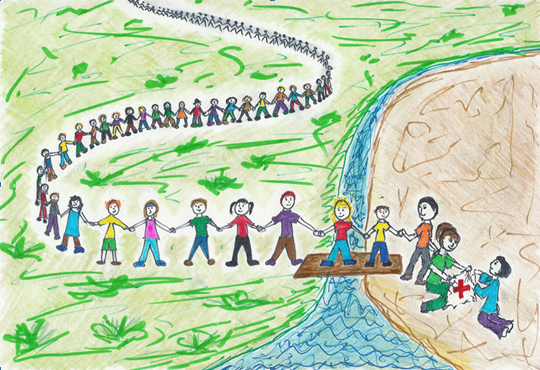 Atlantic Institute responds to natural disasters by rallying its communities to donate service, money and prayers to those in need. Atlantic Institute’s vision calls for respect, cooperation and understanding despite differences. Natural disasters strike indiscriminately of ethnicity or religion. We believe that it is our collective duty as members of our communities, the U.S. and the world to help alleviate human tragedy in the wake of such disasters. We offer our sincere condolences to those affected by these tragedies and best wishes for a swift and strong recovery.

Clemson branch of Atlantic Institute (formerly South Carolina Dialogue Foundation) had a fundraising to help people in need after the 7.2 magnitude earthquake struck Van, a city in eastern Turkey, on 23rd October 2011. Hundreds of people lost their lives and thousands of people were injured. Right after the earthquake, traditional Turkish foods were prepared by Turkish families living in Clemson,SC and sale at different places of the Clemson University such as Library and Flour Daniel Hall. $ 1400 were collected and donated to the Turkish Red Crescent (Kizilay) through their website. We appreciate all the supports and donations.