The Atlantic Peace and Dialogue Awards Ceremony in Columbia was a wonderful evening of Dialogue and Friendship between all who attended.

Dr. Akif Aydin warmed the audience with his kind words of coming together for peace. Our Keynote Speaker Dr. John Dozier serves as the inaugural chief diversity officer at the University of South Carolina. He talked about what diversity means to him and allowed attendees to share their meaning of the word as well.

Our Awardees: Rev. Candace Chellow-Hodge, Sean Rayford, and Tom and Judy Turnipeed all received awards for the efforts they have made in the community to bring peace and understanding to our society.

Lastly the audience was able to hear one more time from Dr. Akif Aydin who closed the evening by thanking everyone in attendance for their willingness to support those who are changing our community and the world for the better. 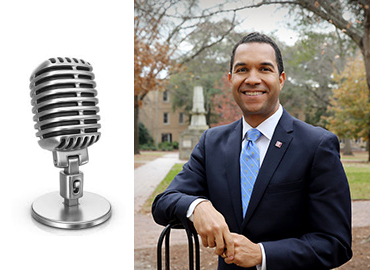 Dr. John H. Dozier serves University of South Carolina as its inaugural chief diversity officer. He is responsible for leading diversity and inclusion efforts that are focused on creating a learning, living and working environment that embodies our values — as stated in our Carolinian Creed.

Prior to his arrival at the University of South Carolina, he served as vice president of academic and student affairs, chief information officer and ultimately as president in the Chicago community college system. He is a graduate of South Carolina State University with a Bachelor of Science degree in Marketing.  He also holds Master of Business Administration and Doctor of Education degrees from DePaul University (Chicago, Illinois). 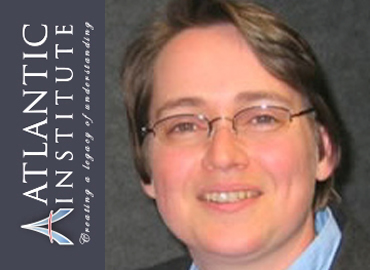 Candace Chellew-Hodge is a recovering Southern Baptist. Born in 1965 as the grand finale of five children to a Southern Baptist minister and his wife, she comes by her need for recovery honestly.
Chellew-Hodge literally grew up in the church, playing with her G.I. Joe dolls and Tonka trucks in the sanctuary aisles. Her family was still shocked when she came out as a lesbian years later, despite the obvious clues.
She gave up her faith at age 17, about the same time she entered a career in journalism that would span some 25 years (including a six-year stint at CNN in Atlanta), but despite the allegations of some conservative pundits, the media was not to blame for making her Godless for a brief few years. Instead, Chellew-Hodge did what so many gay, lesbian, bisexual and transgender people do – she believed the lie that she couldn’t be both a lesbian and a Christian.
She returned to the church in her early 20s, kicking and screaming, at the insistence of her first girlfriend. She describes her first service at a Metropolitan Community Church in Atlanta, Georgia as "coming home."
Chellew-Hodge entered seminary in 1998, a couple of years after she founded Whosoever: An Online Magazine for Gay, Lesbian, Bisexual and Transgender Christians. The magazine had drawn the attention of many in opposition to GLBT equality in church and society and Chellew-Hodge sought the tools to answer her critics. What she discovered in seminary was a whole new way to approach the question of homosexuality, gender identity and spirituality and a new way to answer critics that was a lot less stressful.

Chellew-Hodge graduated from the Candler School of Theology at Emory University in Atlanta, Georgia in 2002 with a Master of Theological Studies degree. She was ordained in 2003 by Gentle Spirit Christian Churchin Atlanta, Georgia. In July 2004, she became assistant pastor at Garden of Grace United Church of Christ in Columbia, South Carolina (what was then MCC Columbia). In 2007, she was licensed as a United Church of Christ minister and became associate pastor at Garden of Grace. Chellew-Hodge is also a spiritual director, trained through the Episcopal Diocese of Atlanta.

She is now leading Jubilee! Circle - an intentional, progressive, inclusive, community of faith in Columbia, SC., which is affiliated with the Jubilee! Community in Asheville, N.C. She was ordained as an official Jubilee! Minister in 2012.

She was an original co-host of Rainbow Radio when it began in 2005, which was the first radio show for GLBT people in South Carolina.
Chellew-Hodge is the author of Bulletproof Faith: A Spiritual Survival Guide for Gay and Lesbian Christians, published by Jossey-Bass in 2008. She is also a co-editor of Out Loud: The Best of Rainbow Radio, a collection of Rainbow Radio essays published in 2010 by Hub City Publishing. 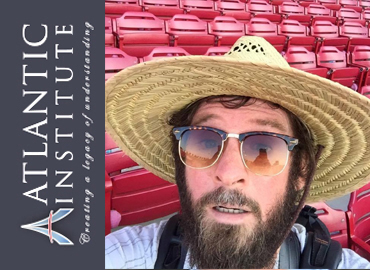 Sean Rayford is a freelance photojournalist and commercial photographer in Columbia, SC where he regularly works with Getty Images, The New York Times, The Associated Press and the State Newspaper. Other clients include NPR, The Wall Street Journal, The ACLU, The Columbia Visitors Bureau and multiple advertising agencies in South Carolina.

Rayford has covered the 2016 presidential race, the Emanuel AME church shooting, the removal of the Confederate flag from the SC statehouse, historic flooding in SC during 2015, riots in Charlotte, and Hurricane Matthew. He was awarded "Best Picture Story" by the South Carolina Press Association for his coverage of recruits in basic training at Fort Jackson.

Rayford is a 2001 graduate of the University of South Carolina with a B.A. In Media Arts. He grew up in Maryland and before becoming a full time photographer he bartended at a live music venue for over a decade. 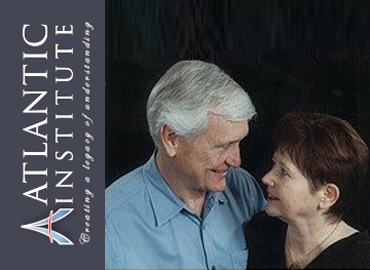 Tom and Judy Turnipseed were once campaign staffers and Tom was National Campaign Director for Governor George C. Wallace of Alabama (1967-71). Since 1973, however they have been political and social activists for racial, environmental, gender and economic justice and have written and spoken from their shared life experience on transformation, antiracism, environmental sustainability, consumer and economic justice in the pulpit, on panels, on the radio and in television interviews and specials in various newspapers and magazines,. Both are Life Members of the NAACP.

Tom Turnipseed as the founder of Turnipseed & Associates law firm has served the citizens of South Carolina as an attorney, political and civic leader, and as an advocate for the civil justice system.

He was a founding Board member and President of the Center for Democratic Renewal (formerly the National Anti-Klan Network). Tom served in the late 70's as SC State Senator, where he appointed the first black page and where, since there were no African Americans in the Senate yet, he worked with many black leaders, fighting to pass legislation important to African Americans.

Judy Turnipseed has been Director of Public Information for Governor Riley’s Division of Public Safety and for the SC Department of Probation, Parole and Pardon Services.

A Unitarian Universalist, for ten years she was a member of the 5 state Southeast District Antiracism Transformation Team as a trainer for “Challenging Racism” and “Understanding White Privilege”. She represented the UUA on several national Interfaith Planning Teams, coordinating efforts to fight Poverty, and addressing Affordable Housing and Minimum Wage/Living Wage issues.

Locally, dedicated to working for peace, antiracism, and poor people they have been active in the Christian Action Council and the Faith Coalition on Gun Violence.

Tom and Judy spend most of their time now advocating for the homeless. They have spent every Sunday afternoon for the last 15 years feeding the homeless and hungry in Finlay Park as members of Food Not Bombs, and call it the most significant hour of their week. They are also sponsors of Homeless Helping Homeless, a group created by the homeless themselves that meets weekly , working to develop opportunities for the homeless, as citizens, to make contribution to their city and to end homelessness. In their yearly show, called Silent Voices, talented Homeless Helping Homeless artists share with Columbia their gifts of song, dance, poetry, and spoken word.